The ABC Museum: a temple of drawings 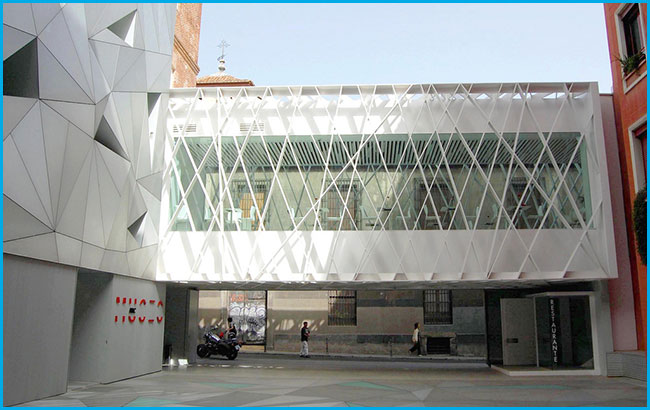 It is a pleasure to walk inside the ABC Museum and see this valuable and renovated industrial building dedicated to culture and which is also for the enjoyment of the Madrileños. At present, the ABC Museum is dedicated to the exhibition of drawings and illustrations. Moreover, important exhibitions of outstanding artists take place here. Do you know the history of this building? A few weeks ago, in this blog, we wrote about the Biblioteca Regional de Madrid, which used to be the beer factory El Aguila. Today, we will talk about the building where its competition was located: the beer factory Mahou. 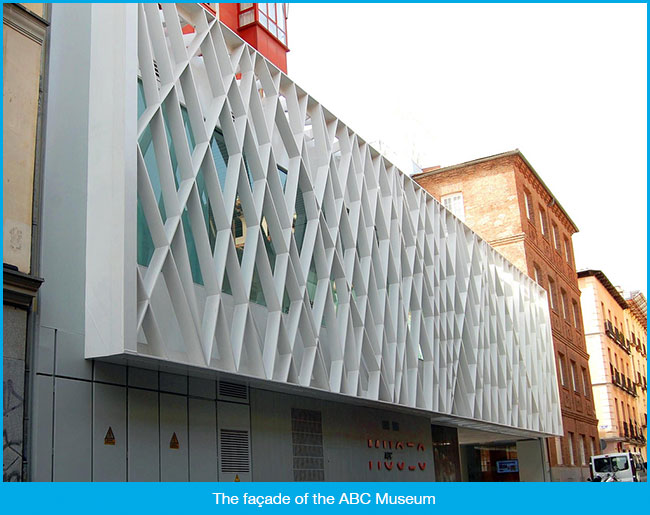 Thanks to its restoration this industrial building became a museum adapted to modern times and which we can now enjoy. In our section Restoring, we will write about the ABC Museum which is a “must” for drawing enthusiasts and also for those fond of architecture. 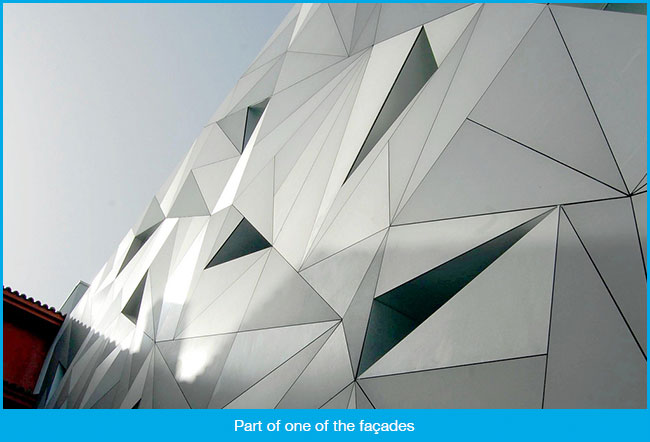 A FACTORY IN THE VERY CENTRE OF MADRID

In Madrid, two beer factories were set up: Mahou and El Águila, both of which became of historical significance. In 1891, Mahou set up its factory in Calle Amaniel which was very close to Centro Conde Duque another building that was renovated, and about which we have already written in this blog. 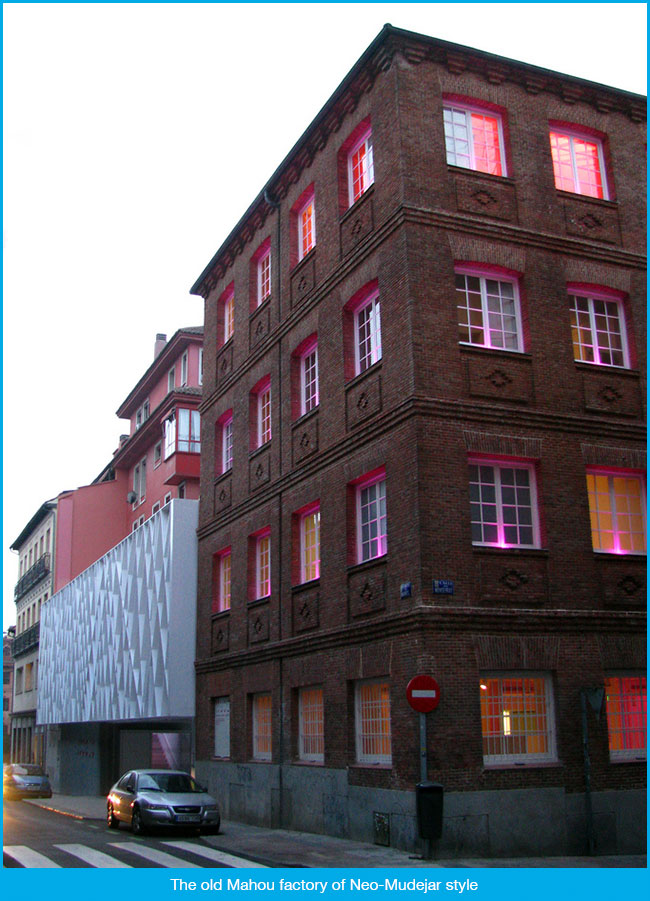 The Mahou building was designed by the architect José López Salaberry, who played a crucial role in the Madrid urban development such as the construction of Gran Vía and the final relocation of Cibeles, among other instances. Nowadays, it attracts our attention that such an important factory was built in the centre of the city. However, this was often the case regarding factories. 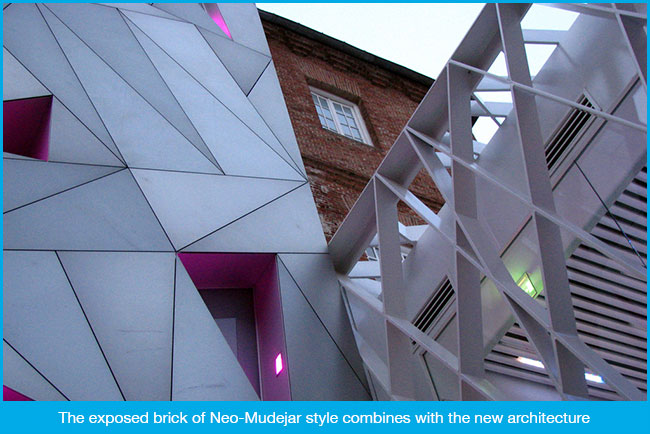 The façade, made of exposed brick, is Neo-Mudejar style which was very much used in industrial buildings in Madrid. In 1962, this factory was moved to Paseo Imperial. Unfortunately, the old factory was abandoned and therefore fell into desrepair. 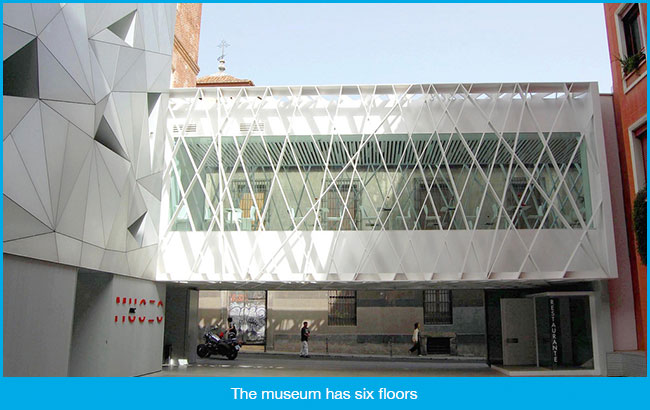 SIX FLOORS FOR A GREAT MUSEUM

In 1993, the building was recovered in order to house the Archivo Regional de Madrid. At that time, some building works were carried out in order to improve its facilities. 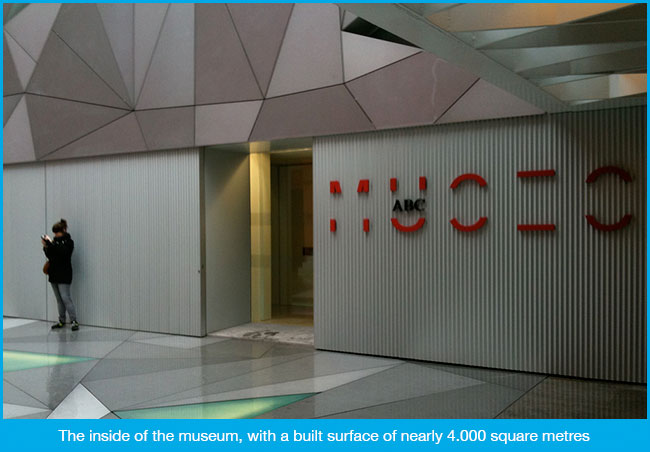 As we already know, the Archivo Regional de Madrid was moved to the building of the Biblioteca Regional in 2002. This led, once again, to the vacating of the building. In 2008, it was renovated and it became what it is today: the ABC Museum. Due to these alterations, the old and the new architecture coexist and therefore enrich the space. Indeed, it is a delight to confirm how well both styles combine: the past and the present of our architecture. Thanks to this, the building has acquired its own and unique identity. 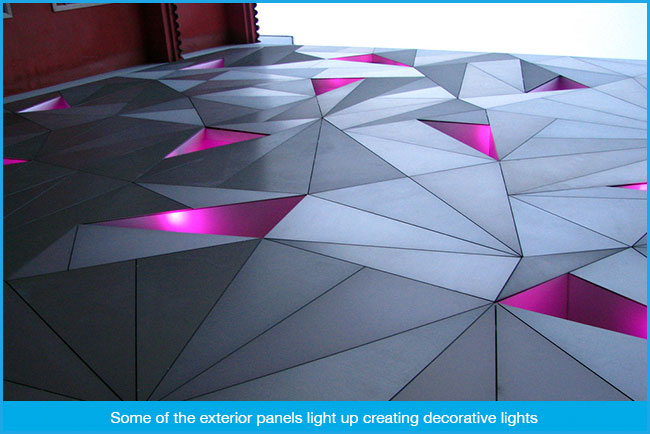 It has a built surface of nearly 4.000 square metres distributed on six floors where we can view exhibitions of drawings and illustrations, as well as fairs, events and a bookstore. We must also take into account the Archivo de la Colección ABC where you can see the graphic evolution throughout this last century. 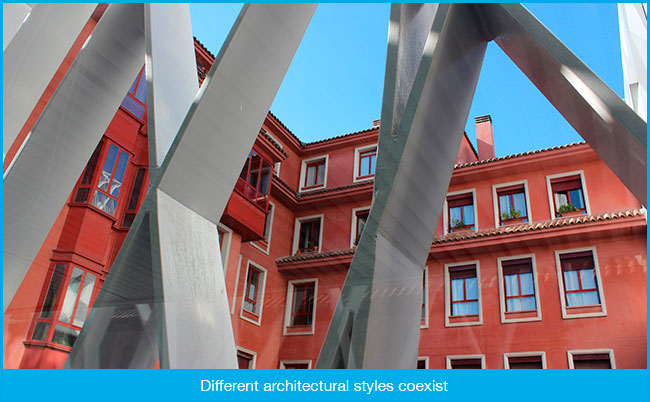 The archives have nearly 200.000 works of art which include drawings, engravings and other art forms. In this interesting video we can see how the ABC Museum project was carried out.