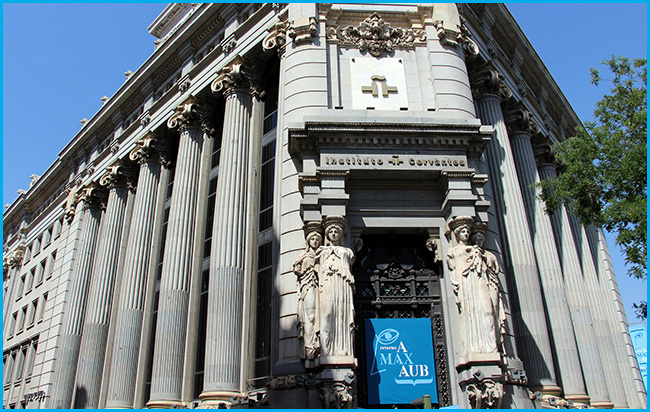 The Madrid Instituto Cervantes building is one of the most recognizable ones of the centre of the city: it is commonly known as Edificio de las Cariátides. Apart from having a spectacular and monumental aspect of the Neoclassic architectonic style, it is also finished off with bevelled edges which help to avoid the stiffness of its appearance and attracts the attention of passers-by. Undoubtedly, what strikes us most are the four sculpted statues of figures of women. The statues, which function as columns on the main façade, have given rise to the commonly known name of Edificio de las Cariátides. 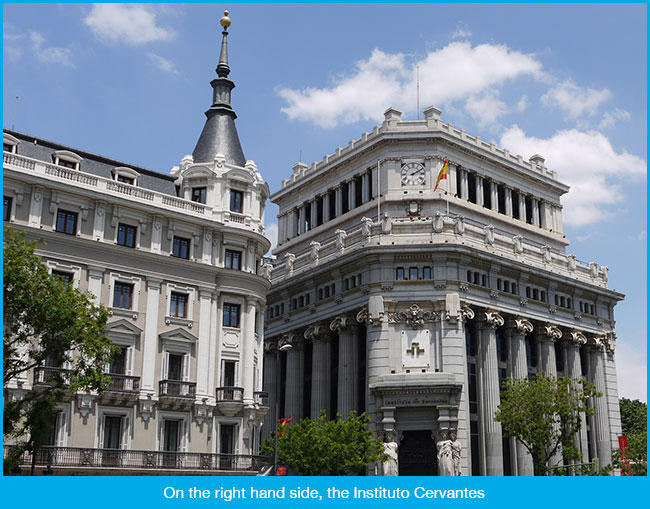 It is one of the most stunning classical buildings in the Madrid urban area. However, we are especially interested in it as it represents another example of restoration in our city. Some time ago, the Instituto Cervantes was occupied by several financial institutions. At present, thanks to an excellent restoration, the Madrileños are able to enjoy an institution dedicated to culture and also admire a historic and unique building. After our visit to Cine Doré, today, we are to going to show that Restoring is Living with the Instituto Cervantes.

A VERY FINANCIAL PAST

The Instituto Cervantes is located at the confluence of Calle Alcalá and Calle Barquillo, opposite the Banco de España and very near the Palacio de Cibeles, about which we have already written in this blog. The Instituto Cervantes is so large because two adjoining buildings were joined together. One of these two buildings was built in 1918 by the architects Palacio and Otamendi, whereas the other one was constructed in 1947 by the architect Manuel Cabanyes and this one led to the enlargement of the original building. At first, this building housed the Banco Español del Río de la Plata. Later on, it housed the Banco Central Hispano and after that the Instituto de Crédito Oficial. 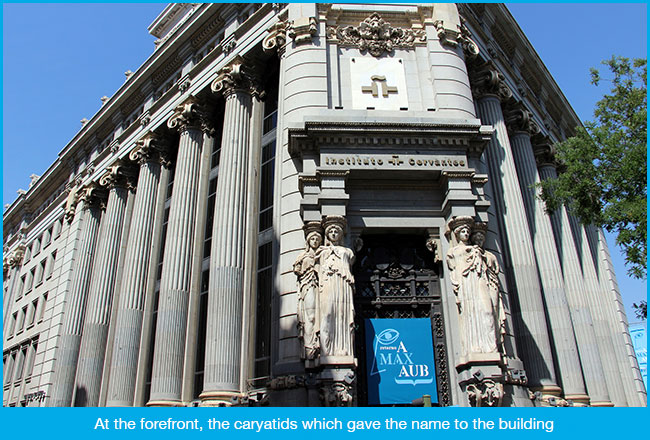 It is not a coincidence that this building was always occupied by financial institutions because in Madrid, at the beginning of the century, Calle Alcalá was the street where every bank wanted to set up its central office. We must add that the Edificio de las Cariátides was the first building in Madrid to be allocated to offices. Regarding this building, we must highlight the ten enormous Corinthian style columns which give it a stunning and majestic aspect. Before it was built, in that same plot stood, the now disappeared, palace of the Marqués de Irujo. 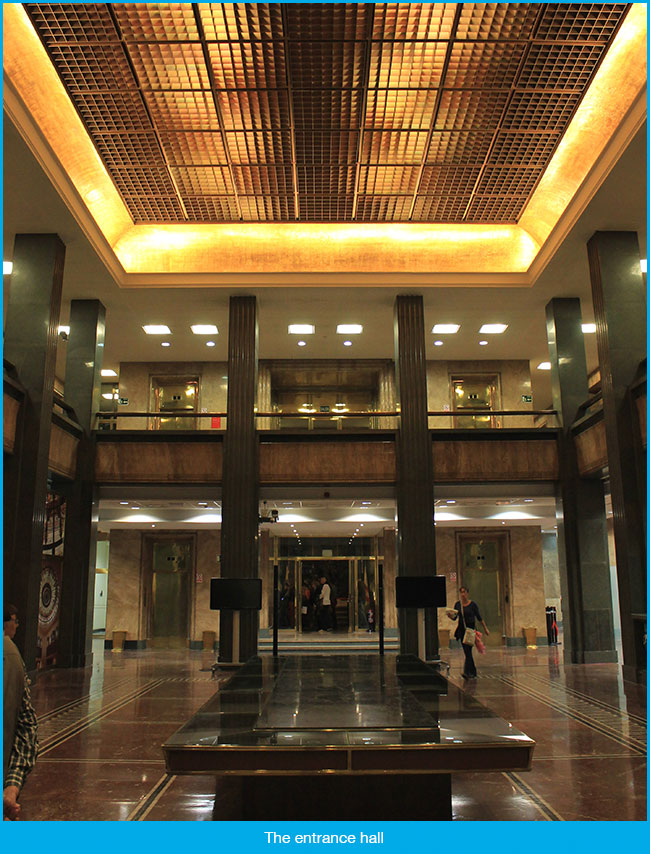 A PLACE FOR CULTURE AND ART

This building was bought by the Madrid Town Council because of its uniqueness and architectural importance. Being also a protected building, it was decided that it should house the Instituto Cervantes. The Instituto Cervantes promotes Spanish and Latin American culture by means of exhibitions, round table discussions and lectures. 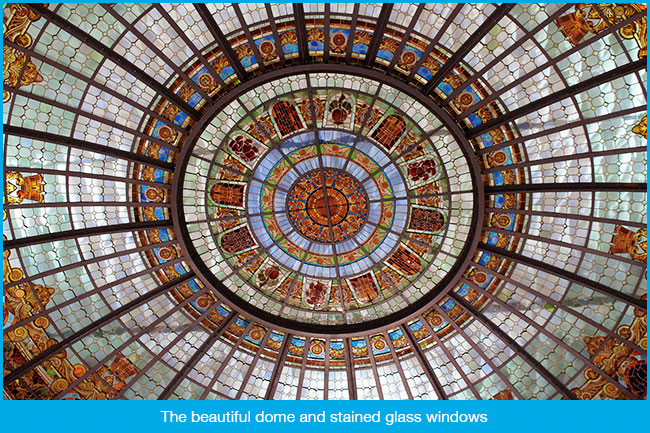 We always insist on the fact that it is very important for a city to restore its historical and monumental buildings in order to give them a second life and so put them at the service of the citizens. This is the case of the Instituto Cervantes which boasts of offices, a Newspaper Library, exhibition halls, a library and an auditorium with a capacity of 1.200 people.

The Instituto Cervantes preserves in the cellar, the vaults which belonged to the banks that had previously occupied the premises. At present, this area is called Caja de las Letras and it remains practically unchanged, as it was originally. In some of the vaults original writings and works are kept, with the dates specified by the writers, when they can come out. 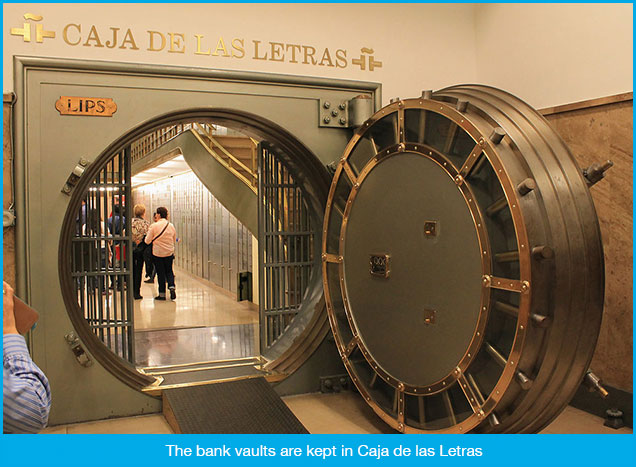